The distinction between Rituals and Being a Muslim

In the name of Allah most Gracious Most Merciful ,all praise be to Allah The Lord of The heavens and Earth ,Peace and blessings be upon our beloved Messenger Muhammad who was sent as a guidance to all creations and to set an example on how to live on the path of Allah.

Our existence revives on the way of life that we chose for ourselves ,the way of life in which we strive to be on our best character and conduct which will lead us to the straight path .

This way of life is normally translated in many forms of understandings where each individual,tribe,group , school of thought ,book , tradition and culture interpret it in a way different than the other .

For many centuries Muslims have been experiencing the vast changes in performing the rituals and acts of worship and they varied in their dedication from strict obedience to the commands of rituals to the deviation of methods to connect to the creator .

Many Muslims unfortunately tend to label other Muslims and judge them based on their level of ritual commitment and religious looks while in fact by this way they have confined the scope of Islam to rituals only while Islam is more than just rituals .There is no doubt that performing rituals is essential to enable Muslims to maintain their faith and to boost their spirituality and their relationship with Allah Almighty.

Performing rituals is a way to communicate with Almighty Allah and is a way to heal the wounds caused by Human weakness and shortfalls. It is out of the blessings of Almighty Allah that He has bestowed the rituals on humans as they are in need of this spiritual fulfillment and Allah Almighty is not in need for their worship .If believers conduct rituals or they choose not to , this doesn’t add or reduce anything from Allah’s wealth.

The prophet PBUH said : ( I was sent to complete the Moral conducts ),we understand from this prophetic tradition that the Prophet PBUH throughout his journey has dedicated his life to emphasize on the Moral Conducts ( Al Akhlaq Al Hameedah) and the importance of having Muslims who carry the label of Morals and good behavior ,this indeed is the message of Islam that was portrayed in the early days of Islam and this is also one of the main reason why people still embark on this religion and embrace it every single day .

After knowing these facts we still witness Muslims who only propagate this way of life through only religious rituals which makes Islam no different than any other religion in today’s world .

People need to understand that this divine message is not confined to individual practices only but there is more to this way of life than just rituals .This phenomenon that we witness today among Muslims and people of other faiths has developed a stereo type labels’ where people are being categorized into (Religious ,non-religious and moderate Muslims) ,it even goes further when it comes to people of other faiths as they started labeling Muslims based on their practices to (Fundamental Muslims or Radical Muslims or even terrorists) .

The burden is on the shoulders of Muslims and Muslim Scholars to educate themselves and educate others on the true meaning of Islam and to broaden the spectrum of Islam and not to narrow it down to only rituals .Allah Almighty has sum this in a very beautiful verse in Surat Al Hujurat (O you men , surely We have created you of a male and a female and made you into tribes and families so that you may know and recognize each other ,surely the most honorable among you with Allah is the righteous one). If you look closely to this verse you would see that Allah Almighty has set a standard for people on how they would recognize the level of closeness towards Allah which was only expressed through righteousness and righteous comes only through devoted practicing of Rituals and having the best Moral conduct as taught by our beloved prophet Muhammad PBUH. 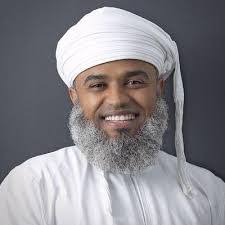