Ashamed of the religion of Islam?

In the middle of the Aggressive Media War against Islam & Muslims nowadays, where it is trying to skin the Muslims from their belief motivating political & social motions against them all over the world, putting them in a place where they find themselves speechless and lost to defend the faith which they believe is the absolute truth, we need true guidance to affirmative ideas about our faith.

There are people who will hate you & despise you, just because you are a Muslim. you cannot even ignore sometimes their frustration gaze upon you when you walk on the street, when you talk in public or even when you are eating at a restaurant because of the faith you hold in your heart.

It is natural since you are a human being – a mixture of feelings and emotions – to start wondering and asking yourself doubtful questions on your faith, why are we so weak today? Where are our exemplars and our sources of inspirations?

And the negativity of the questioning session will increase when you start imagining the majority of Muslims who you would feel they are holding your back because of the wrong doings they are practicing against their faith on daily bases.

I realized that the Quran Verses has promoted an ultimate prescription that heals the wounds such doubtful questions could scar the heart with. Allah our creator has revealed to us in chapter 10 verse 57 the solution for such doubtful questions:” O men, a warning has come to you from your Lord, a remedy for the (doubts) of the heart, and a guidance and grace for those who believe.”

Allah the All Mighty has revealed to us in the Quran that ALL previous prophets and their sincere followers were MUSLIMS and nothing else, prophet Yusuf in Chapter 12 Verse 101 , is praying to die with the faith of Muslims “My Lord, You have given me [something] of sovereignty and taught me of the interpretation of dreams. Creator of the heavens and earth, you are my protector in this world and in the Hereafter. Cause me to die a Muslim and join me with the righteous.”

In chapter 3 Verse 67, Allah is revealing to us the faith of Prophet Abraham:” Abraham was neither a Jew nor a Christian, but he was one inclining toward truth, a Muslim [submitting to Allah]. And he was not of the polytheists.”

In Chapter 27 Verse 44, the Queen of Saba is submitting to Islam Along with the prophet King Solomon:” My Lord, indeed I have wronged myself, and I submit with Solomon to Allah, Lord of the worlds.”

Prophet Moses in Chapter 10 Verse 84: “And Moses said, “O my people, if you have believed in Allah, then rely upon Him, if you should be Muslims.”

Prophet Jacob in Chapter 2 Verse 133:” Or were you witnesses when death approached Jacob, when he said to his sons, “What will you worship after me?” They said, “We will worship your God and the God of your fathers, Abraham and Ishmael and Isaac – one God. And we are Muslims [in submission] to Him.”

Prophet Jesus in Chapter 5 Verse 117,118:” And [beware the Day] when Allah will say, “O Jesus, Son of Mary, did you say to the people, ‘Take me and my mother as deities besides Allah?'” He will say, “Exalted are you! It was not for me to say that to which I have no right. If I had said it, you would have known it. You know what is within myself, and I do not know what is within yourself. Indeed, it is you who is Knower of the unseen. I said not to them except what you commanded me – to worship Allah, my Lord and your Lord. And I was a witness over them as long as I was among them; but when you took me up, you were the Observer over them, and you are, over all things, Witness.”

Prophet Mohamed in Chapter 27 Verse 91:” [Say, O Muhammad], “I have only been commanded to worship the Lord of this city, who made it sacred and to whom [belongs] all things. And I am commanded to be of the Muslims [those who submit to Allah]”

we, the Believers of Islam today, Allah has commanded us to speak it out loud in Chapter 2 Verse 136: Say, [O believers], “We have believed in Allah and what has been revealed to us and what has been revealed to Abraham and Ishmael and Isaac and Jacob and the Descendants and what was given to Moses and Jesus and what was given to the prophets from their Lord. We make no distinction between any of them, and we are Muslims [in submission] to Him.”

In These Verses we find the healing for the hardship we feel and the suffering we experience because of this war against Islam and Muslims. we belong to these prophets –ALL OF THEM- , and if the majority of Muslims has been deceived and misguided , or have chosen to sink in the swamp of sins and corruption then no sincere Muslim should feel ashamed of his/her of their faith.

How can we be ashamed of a religion that is followed by the utmost pure hearted human beings ever created on this earth? How can we be embarrassed of a faith that is honored and delivered to us by the Angels in the heavens?

The mentioning of these prophets in the Holy Quran, and emphasizing clearly that they were Muslims in faith is never by coincidence, but to heal the heart from the depression a sincere Muslim would feel when he/she read about or see the doings of unfaithful Muslims.

Allah has declared in the Holy Quran an exceptional reward for those hypocrites for the hardship they have caused to the Sincere Muslims because of their doings and intentions in chapter 4 Verse 145 :” indeed, the hypocrites will be in the lowest depths of the Fire – and never will you find for them a helper “

Always feed your faith from the stories in the Holy Quran, if you were ever been humiliated because of your Faith, remember those who were burn because of the same faith:” Cursed were the companions of the trench, [Containing] the fire full of fuel” (84:4,5) If you were ever been threatened because of your faith, then remember the threat followers of Moses have received because of the same faith:” [Pharaoh] said, “You believed him before I gave you permission. Indeed, he is your leader who has taught you magic. So I will surely cut off your hands and your feet on opposite sides, and I will crucify you on the trunks of palm trees, and you will surely know which of us is more severe in [giving] punishment and more enduring.”(20:71)

Think with me for a second,

If you cannot find the healing you are seeking for your faith from the Book of the Lord, then tell me,,, where else would you find it! 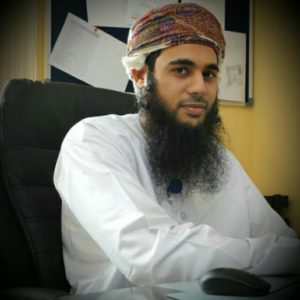