Lessons from the prophet’s Migration

One of greatest events in Islamic history is the migration of our prophet Muhammad peace be upon him from Mecca the best land of God to Yathrib which there after was called Almadina Almunawara (The illuminated City), which saw the construction of the first mosque in Islam and the establishment of the Islamic state and the spread of the Islamic religion that illuminated the universe and removed darkness and ignorance of humanity,

There are many lessons learnt from the migration of our beloved prophet, some of the lessons are:

Obedience to God and the implementation of his orders even if this obedience causes some hardship, the migration did come with difficulty and hardship was an order from Allah to His Messenger.

The true meanings of loyalty and sincerity was prominent  in Abu Bakr during the migration, where he was walking behind the Prophet sometimes and ahead of him sometimes and other times on his right and left on the left, fearing that any harm could come the prophet’s way and to be  man shield to the prophet and even in the cave when he plugged the snake’s hole with his foot and did not fear a sting

Planning is a key factor for success f everything one does . The Prophet’s migration included a wonderful example of planning and distribution of roles to the participants in terms of camouflage and erasing the footprints so that the infidels do not know which path they walked in. As the shepherd Amer bin Fahira was leading his sheep herd to the cave hiding the foot steps and then serving the Prophet – peace be upon him – and his companion of the milk of his sheep.

The role of women in migration is represented by the Mother of believers Aisha and her sister Asma bint Abi Bakr, who have prepared all the necessary food, drink and all that the traveler needs during his journey. Asma would tear he waist band to two to attached to the open end of the parcel carrying the supplies to our prophet Muhammad and his companions to complete the journey. She was called (that alnitaqain) one with two waste bands. So we have to recognize the role of women in work and help them

Reliance and trust in Allah

Allah says and Whoever puts his trust in Allah, He shall suffice him., There is a great difference between reliance and dependency, as reliance on Allah is to seek and perform every deed to the fullest and then leave the results to Allah as our prophet Muhammad did when he hid in the cave and then told his companion what is you thought of two who Allah is their third.

The lessons learned from the migration are many, but they require hearts that are aware of the events and reflect and work on reforming what has been corrupted by our current times only then we can all conform to and obey Allah’s orders and abandon all that angers him all mighty.

Respect is a very important principle and quality that is highly emphasized by the religion of Islam, but it seems that it has started to

The Ibadiyya is one of the main branches of Islam. The main difference between the Ibadis and the rest of the Muslim community is primarily 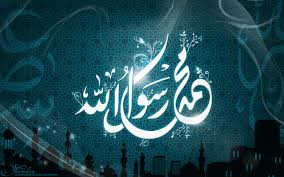 Do you know Muhammad (peace be upon him)?

Introduction Over the years, the world has seen many occasions when the Prophet of Islam, Muhammad (peace be upon him), has been both insulted and

© All rights reserved for IslamFact.com